Come and learn what to do and how, what not to do and even how what not to do, plus all the rest with our little team of font fanatics. We’ll be covering Thai, Lao, Burmese and Khmer with all the resources you need to get started on these scripts. And did we mention it’s by the beach in Hua Hin, Thailand? 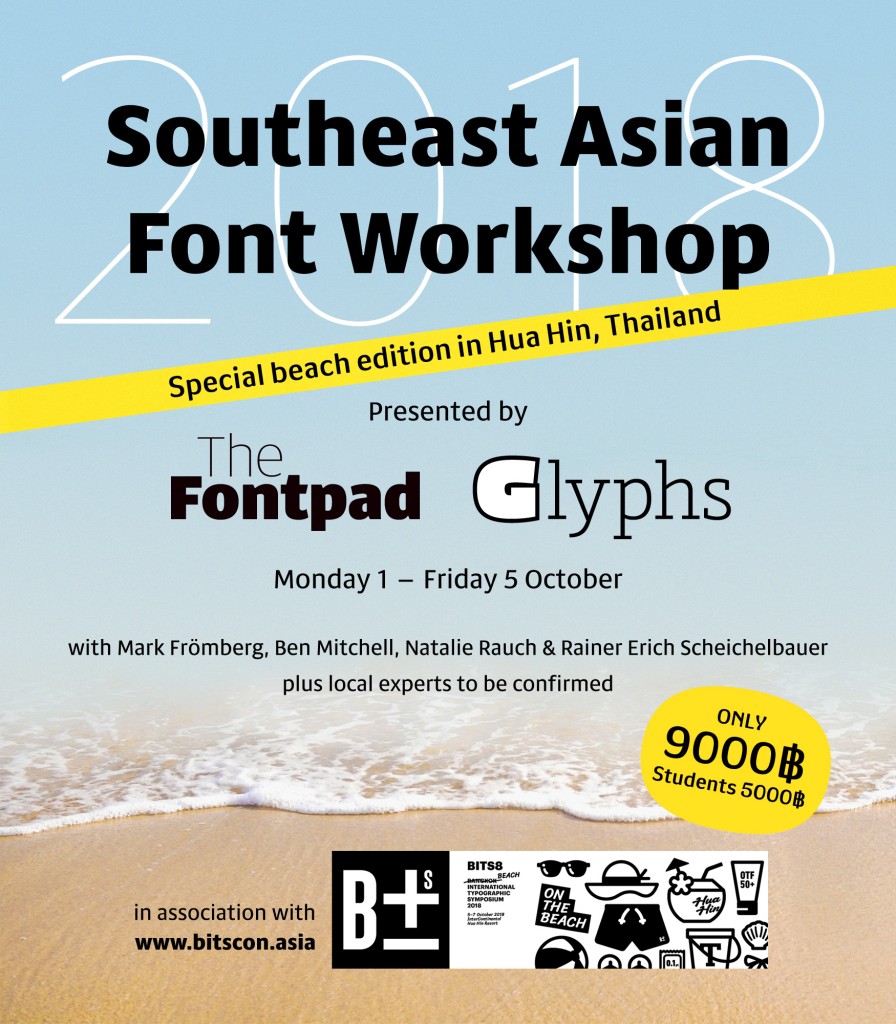 Participants receive an extended trial licence for Glyphs app and can purchase their own full licence at a discount.

Thanks to Glyphs, a limited number of sponsored places are available to students from South and Southeast Asia. Sponsorship covers workshop fees and travel costs up to 8000฿. All students registering before 31 August will be entered into the draw, and sponsored places will be chosen and notified shortly thereafter. (Other companies or individuals wishing to sponsor student places are very welcome to email ben@fontpad.co.uk).

To register please email verena@glyphsapp.com with the subject ‘SE Asia Font Workshop’. Note all sessions are in English. 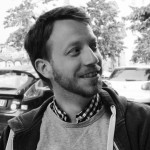 Mark Frömberg (Mark2Mark) is a Berlin-based typeface designer, tool developer and sporadically an illustrator. He received his masters degree from TypeMedia at the KABK in Den Haag in 2014. His focus is on anything related to languages, writing systems and code. During the last few years he extended his non-Latin work into Southeast Asian scripts, which again triggers new ideas for creating even more useful tools for the type design community. Some of his plugins are firmly established in many designer’s GlyphsApp workflows. He presented his ways of problem solving at Robothon 2018, and together with Natalie Rauch and Ben Mitchell he occasionally teaches type design. 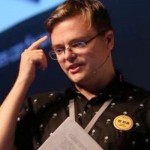 Ben Mitchell runs The Fontpad, a little company based in Brighton, UK, making fonts for Southeast Asia. His knowledge so far covers Thai, Lao, Khmer, Burmese (including minority use of the script), Cham, Tham and Vietnamese.
As well as managing type design projects and researching the Southeast Asian scripts, he runs workshops in Southeast Asia and speaks at conferences. He also mentors designers new to these scripts, and consults on existing or in-development fonts. 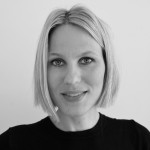 Natalie Rauch is a German type designer from Berlin who graduated from Reading in 2014. Based on her studies and experiences in Reading, her main interests lie in multi-script typeface projects and writing systems other than Latin. Natalie has worked on projects including Southeast Asian scripts, as well as Cyrillic, Greek, Devanagari and Hebrew. She is always keen and eager to wrap her head around a new writing system. Next to advancing her script knowledge through workshops, she also currently spreads her letter love by teaching type design at AID Berlin. 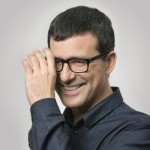 A trained photographer, Rainer Erich (‘Eric’) Scheichelbauer (b. 1977 in Vienna, Austria) holds both a philosophy and a Dutch studies degree. He creates typefaces, works as a digital punchcutter for other type designers, and gives type design workshops on a regular basis. Since he joined the Glyphs team in 2012, he has been writing articles, tutorials, and Python scripts, as well as the blog and the handbook. He lives and works in Vienna, where he runs his type studio Schriftlabor. 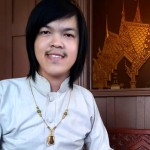 Chiraphan Sampawapon (Aksararoywaleelikhit) is an independent calligrapher and graduated with a Diploma in Electrical Power. With an appreciation for the historic roots of both Thai and related Southeast Asian letterforms, he immersed himself in the practice and research of calligraphy using old-school techniques and rare tools. He was chosen to be the penman responsible for reproducing King Rama VI period (c. 1942) Khmer calligraphy in the Phra Khambhi Bhikku Patimokkhang manuscript into a Thai folding book [samut Thai] used in the recent Royal Cremation Ceremony for King Rama IX. Currently, he is an instructor in the various styles and periods of Thai calligraphy including the Khom Thai alphabet; he is also speaker and judge for various calligraphy competitions. 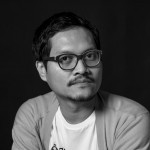 Smich Smanloh is a Thai type designer based in Bangkok, Thailand. He trained as a graphic designer and began his career in the magazine business before taking a type design class at Cadson Demak. He later joined the studio and shifted his focus entirely to making type. He has worked closely with founder Anuthin Wongsunkakon on many projects, such as the corporate typeface for the major  telecoms company Telenor Thailand, and the typeface for the Modern Thailand campaign commissioned for the Thai government by Winkcreative. Smich recently added Thai extensions to two families from the Commercial Type library: Darby Sans for the Thai edition of Wallpaper*, and Sanomat Sans for Grab, a popular ride sharing service in SE Asia. 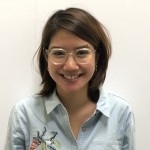 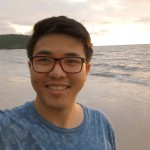 Sovichet Tep majored in Computer Science and now works as a software developer for a local NGO in Phnom Penh, Cambodia. He started as a self-taught designer in late 2010 while he was in high school. In 2013, he published two of his designs on Google Fonts (Kdam Thmor, and Kantumruy). With experience of programming skills, he has been learning how to write OpenType features for Khmer fonts. Recently, Sovichet started Romnea, a type design and consultation service based in Phnom Penh, to support other local type designers and to publish fonts for Cambodians. He is also interested in other Southeast Asian scripts and hopes to work on them in the near future. 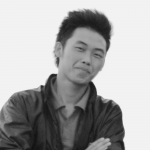 Sengkeo Vangxiengvue is a medical student and a self-taught Lao type designer who discovered his passion for type design in 2012. In 2016, he interned with Katatrad foundry in Chonburi, Thailand where he learned more about type design and developed a style of his own. After that, he founded Saonatype, a micro type foundry based in Vientiane, Laos. In 2018, he is running “Mattathan Aksorn” project, a kind of font clinic that helps young Lao type designers by sharing type design knowledge.