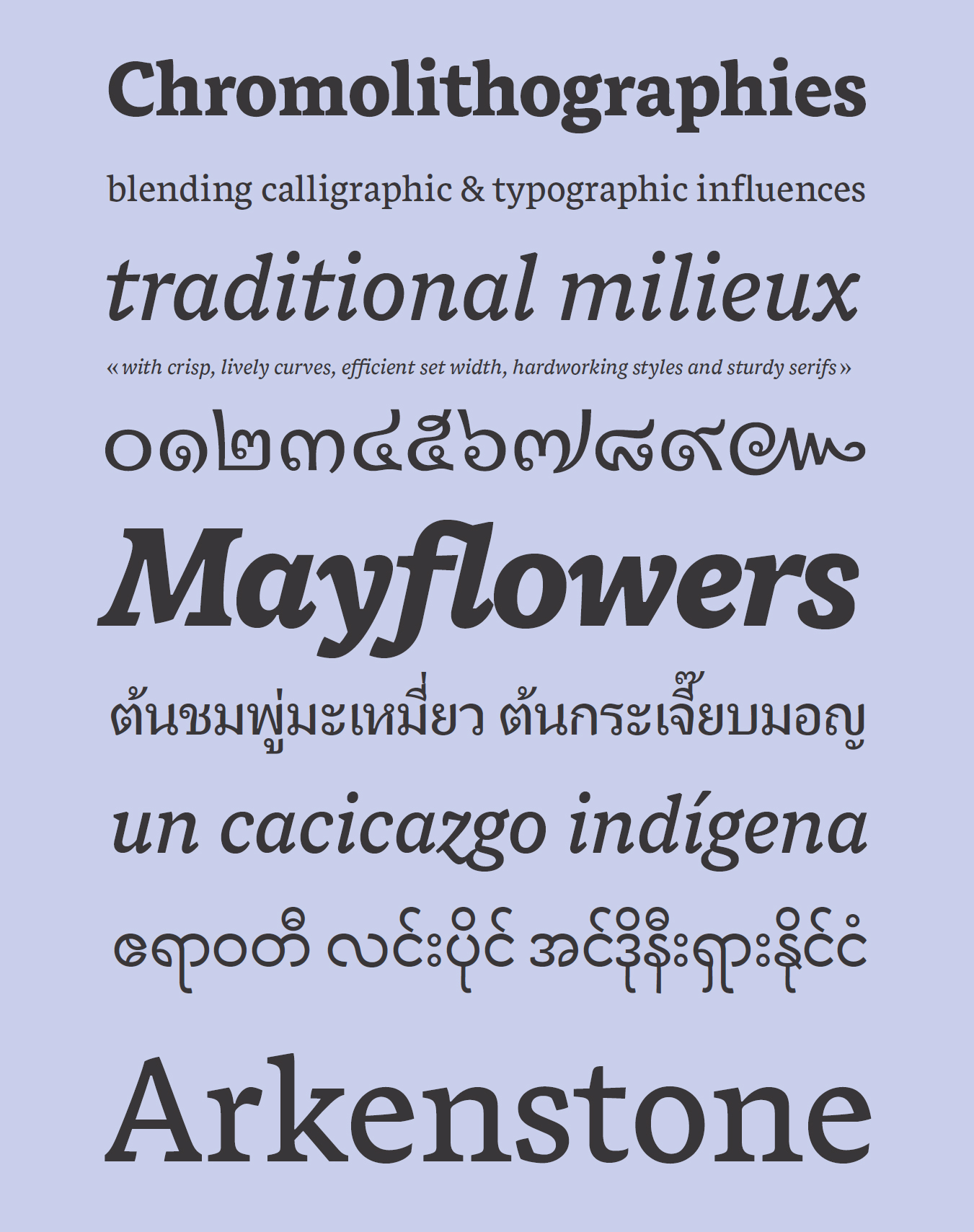 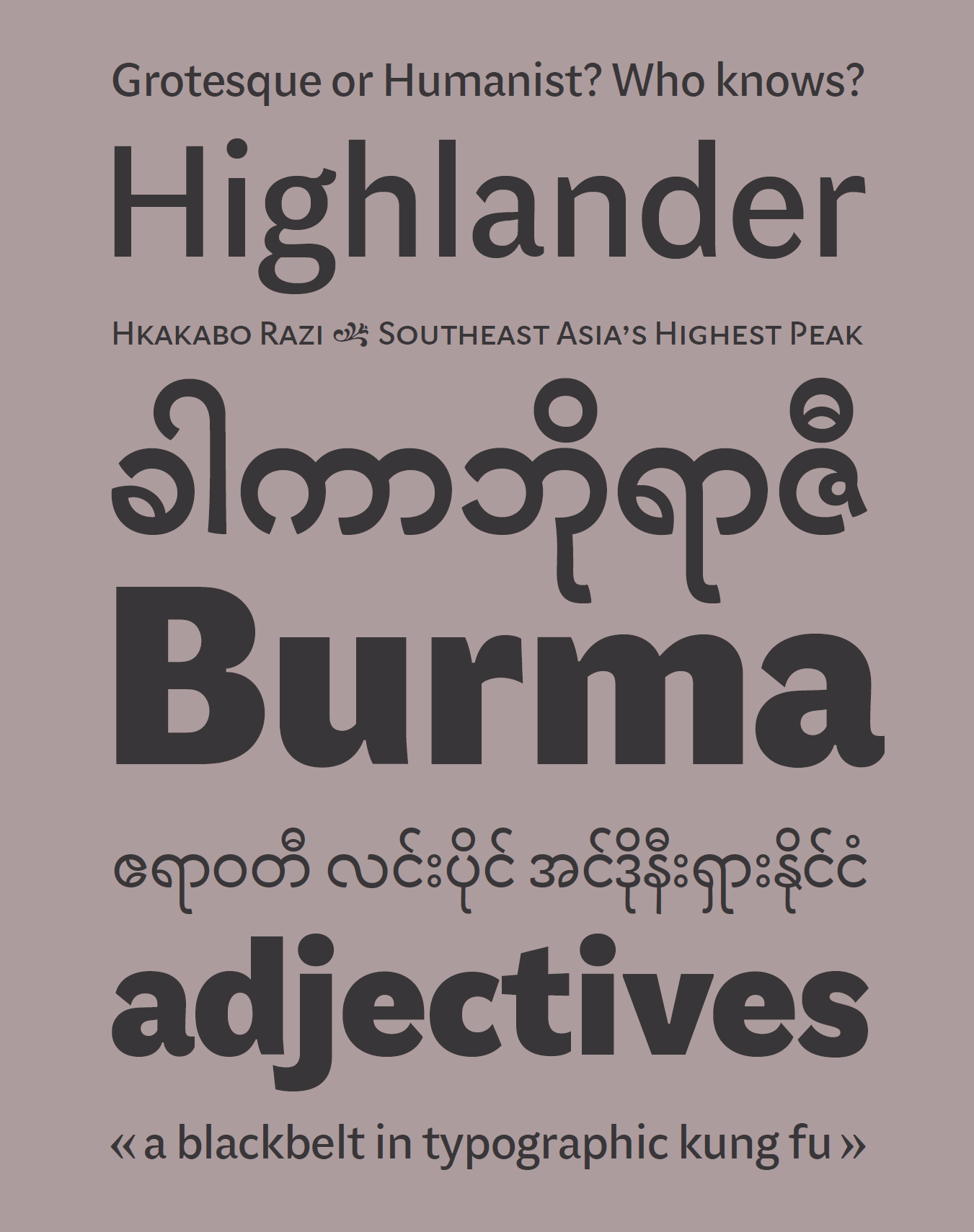 Lumen, the lightbringer, is the product of a year’s study at the University of Reading. It is unique among typefaces in both its scope and its design, with unparallelled support for Burmese, Thai and Latin all conceived together and harmonised from the outset.

Lumen’s character set and range of styles are rooted in the practical demands of complex and hierarchical typography, such as dictionary, editorial and textbook usage, with a focus on multi-script settings. To this end, it couples a dark but active serif face with a hybrid grotesque-humanist sans with weights specifically tuned for different levels of hierarchy. It also features IPA support for Thai and Burmese phonology and a wide range of arrows and marker symbols.

Fully aware of social contexts in Southeast Asia, Lumen is a progressive design that takes its inspiration from genuine historical sources. Seeking to extend and revitalise the limited repertoire of existing Burmese typefaces, my research into the origins and heritage of Burmese letters included study of ancient manuscripts and vernacular writing from Burma. With its Thai integration, Lumen addresses the growing demand for bilingual documents by filling the typographic gap between Thai, Burmese and Latin. This enables more meaningful intercultural exchange as Burma and Thailand engage more actively in dialogue.

The design process has been a journey into the past to rediscover the vitality of Burmese text, a journey into complexity to figure out how to translate Southeast Asian writing systems into OpenType code, and a journey into the tiniest details of letterforms and spacing to optimise text typography.

Lumen stands for a brighter future for the peoples of Burma and their new opportunities for democracy and international dialogue, in which the worlds of communications, publishing, design and web can support and encourage permanent change.

Come and learn what to do and how, what not to do and even how what not to do, plus all the rest with our little team of font fanatics. This year, we’ll be covering Khmer and Javanese with all the resources you need to get started on these scripts. Running Monday 7th to Thursday 10th October at the TCDC Chiang Mai, the workshop takes place the same week as the BITS conference, so participants can combine both in a single trip. END_OF_DOCUMENT_TOKEN_TO_BE_REPLACED