Detail from jacket from ‘Alphabet and Image’, December 1948. The typesetter has used the swashed ‘h’ in ‘alpha’ and actually the default ‘h’ in place of the ‘b’ in ‘bet’. Letters approx 60pt.

From Alphabet and Image, December 1948:

Stephenson Blake, the Sheffield typefounders, have issued another of their interesting revivals. The latest is Union Pearl and we are told, in an advance notice, something of the early history of the type. Apparently the origins of Union Pearl, the first known English decorated type, are mysterious. Rowe Mores in his Dissertation upon English Typographical Founders, published in 1778, says that this ‘letter of fancy’ received its name from ‘pearls which grow in couples, to which the nodules of the letter were conceived to bear some resemblance’; he also added that the letter was called Union ‘and that it was so names because it was cut for a poem to be inscribed to Queen Anne at the time of the Union of England and Scotland’, but, alas, the poem did not appear. All that seems even mildly certain is that the type was added to the resources of the typefounding house of James and Thomas Grover towards the end of the seventeenth century, probably 1690, and came into the possession of Stephenson Blake in 1905.

Mr Stanley Morison, writing on Decorated Types in the sixth volume of The Fleuron (1928), termed Rowe Mores’ information ‘tantalizingly vague’ and added the information that Benjamin Franklin acquired a found of Union Pearl but never used the type. Union Pearl was shown in a type specimen issued by B. F. Bache in Philadelphia, but does not seem to have been used in North American printing.

Whatever its history, the type is certainly one of the most engaging innovations of recent years. Here are letter-forms which somehow manage to combine all the elusive intangibles: charm, distinction, dignity, novelty. 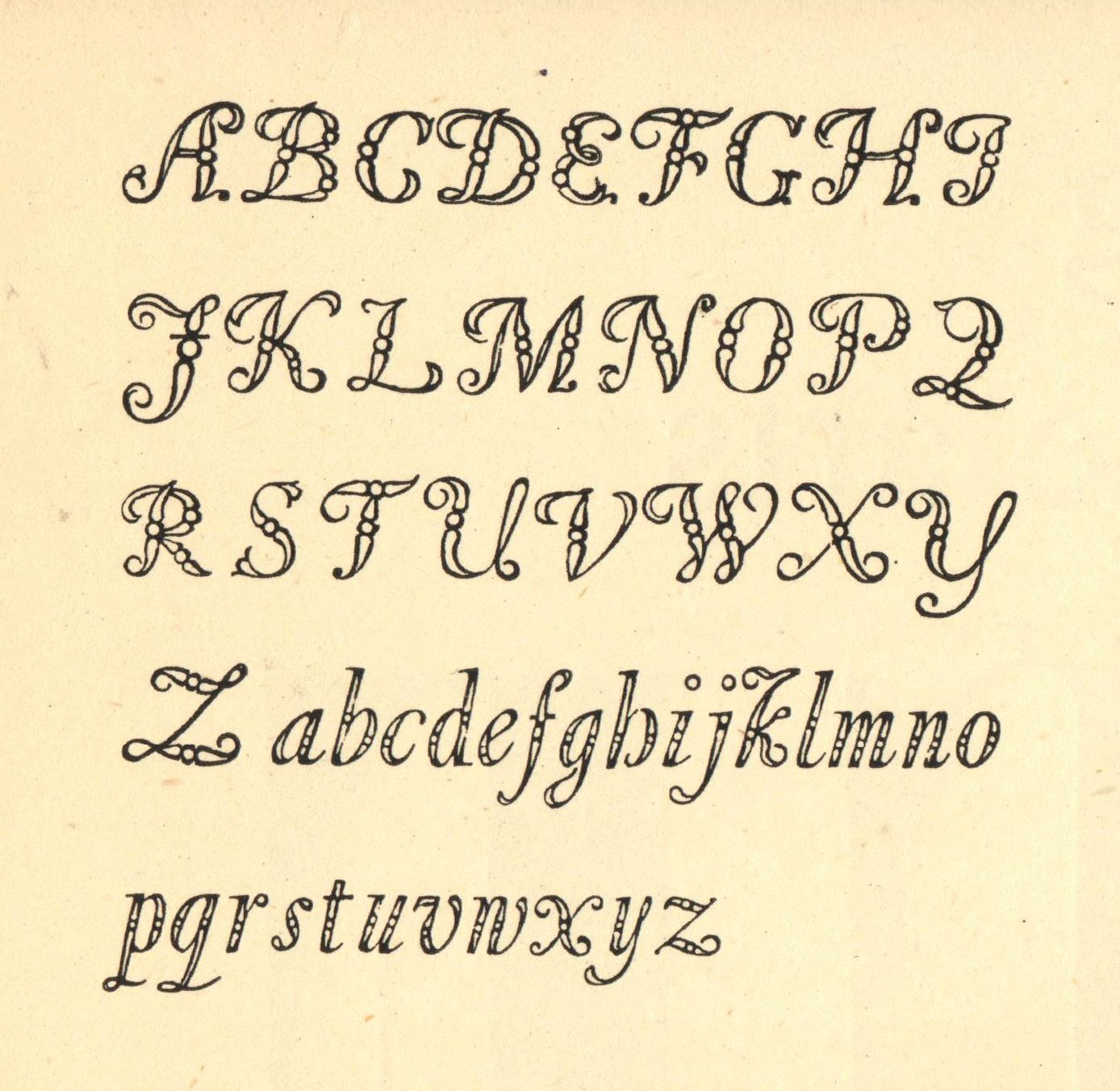 A showing of the upper and lowercase letters of Union Pearl.