A recent trip to Luang Prabang, Laos, revealed this lovely tradition of handcarved wooden signage. As with many second cities, Luang Prabang is rich with culture and the arts, containing some of the country’s oldest and most revered temples, colonial architecture, and a lively handicrafts market. Writing is a direct window into the heart of a culture, giving form to its ideas, traditions and dialogues, so it’s no surprise in a place where traditions are alive to find abundant styles of writing.

In fact, Laos boasts two or three scripts in current circulation, Lao proper, Tham Lao (as we saw previously in this palm-leaf manuscript) and Khom, a variant of Khmer used in manuscripts and yantras in Laos and Thailand. The richness of the written culture extends to a playful stylisation of the letterforms, which is what we see in these signs.

Wat Tao Hai, with Tham Lao script at top and Lao proper in centre with the addition of serifs.

What’s interesting is their widespread use of a particular kind of ornamentation, the middle flourish. The decorative style is a feature of so-called Tuscan typefaces, which became popular in woodtype in the first half of the 19th century, and later became representative of the era of westward expansion in the United States (the “Wild West”). Just how it ended up on the other side of the world in a sleepy upcountry settlement on the banks of the Mekong is a mystery to me, but my hunch would be that missionary activity required the establishment of a print house in Luang Prabang1Though with the late arrival of printing in Laos this cannot be before WW2., whose stock included some Tuscan woodtype, which took the fancy of local lettering artists and spawned a localised idiom of Lao script. Nowadays it’s used for signage of temples and guesthouses and seems intended to evoke a mood of traditional charm. Any further insight would be most welcome. 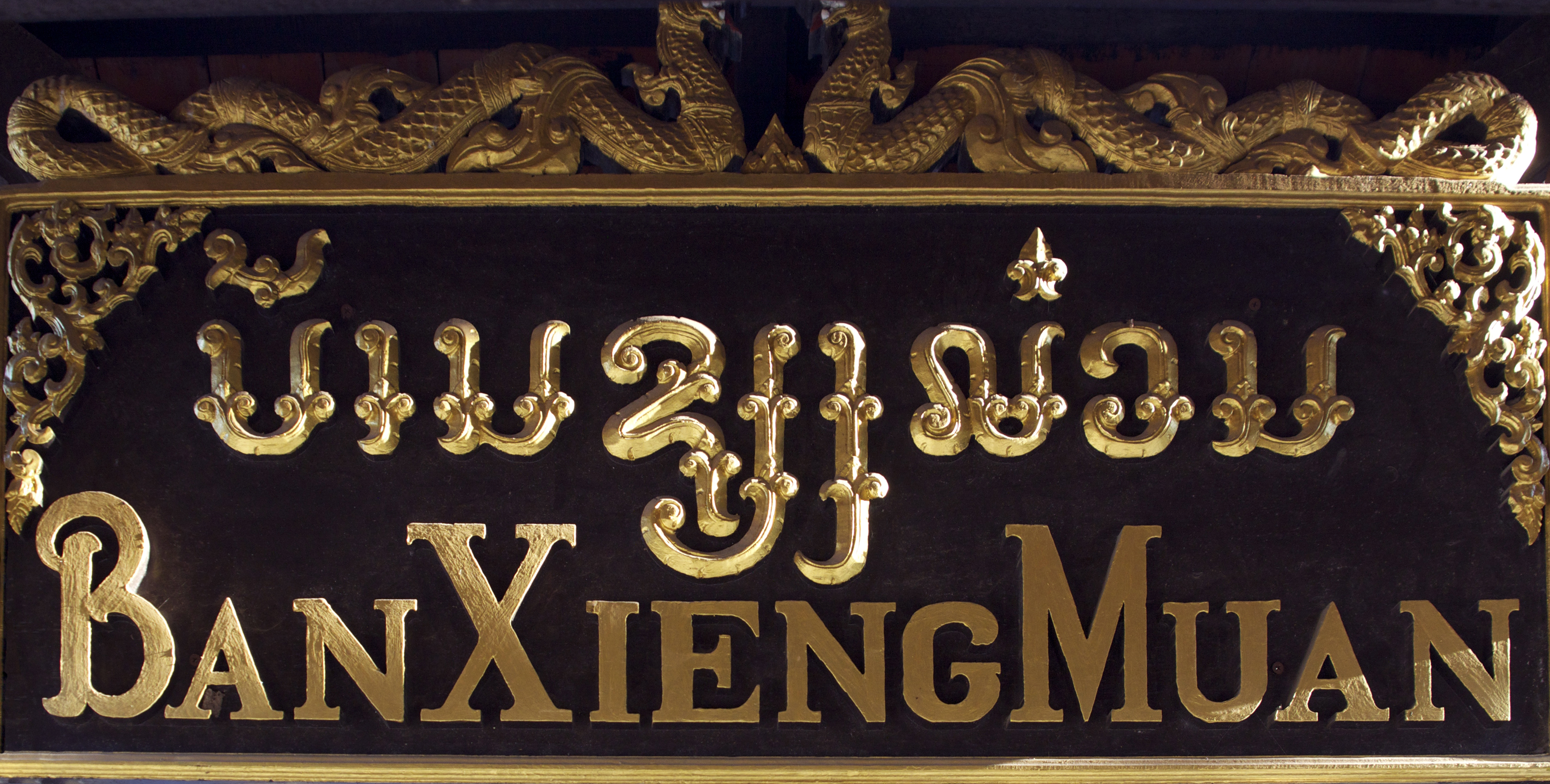 Bamboo-ified letters for a restaurant.