I’m slowly piecing together the evolution of the writing systems of Southeast Asia, especially those derived from Old Mon and Old Khmer, which have been used in Burma, Thailand, Laos and Cambodia. I’m interested in how, when and why scripts branched off from one another, and what influenced the identity of each.

This is really a work in progress. In some cases, a script evolved into something else, in some cases it was supplanted by something else, so at the moment the nature of the links is tentative, serving as a framework for investigation rather than a strict evolutionary tree.

In some cases (as with Khmer or Tham), the sub-branches are more akin to script ‘dialects’ or styles of writing, rather than different scripts. Indeed there’s not really a boundary between a script and a style of a script. These sub branches may be more akin to the links between Roman square capitals and rustic capitals, or uncial and fraktur, which are all of course styles of the Latin script. 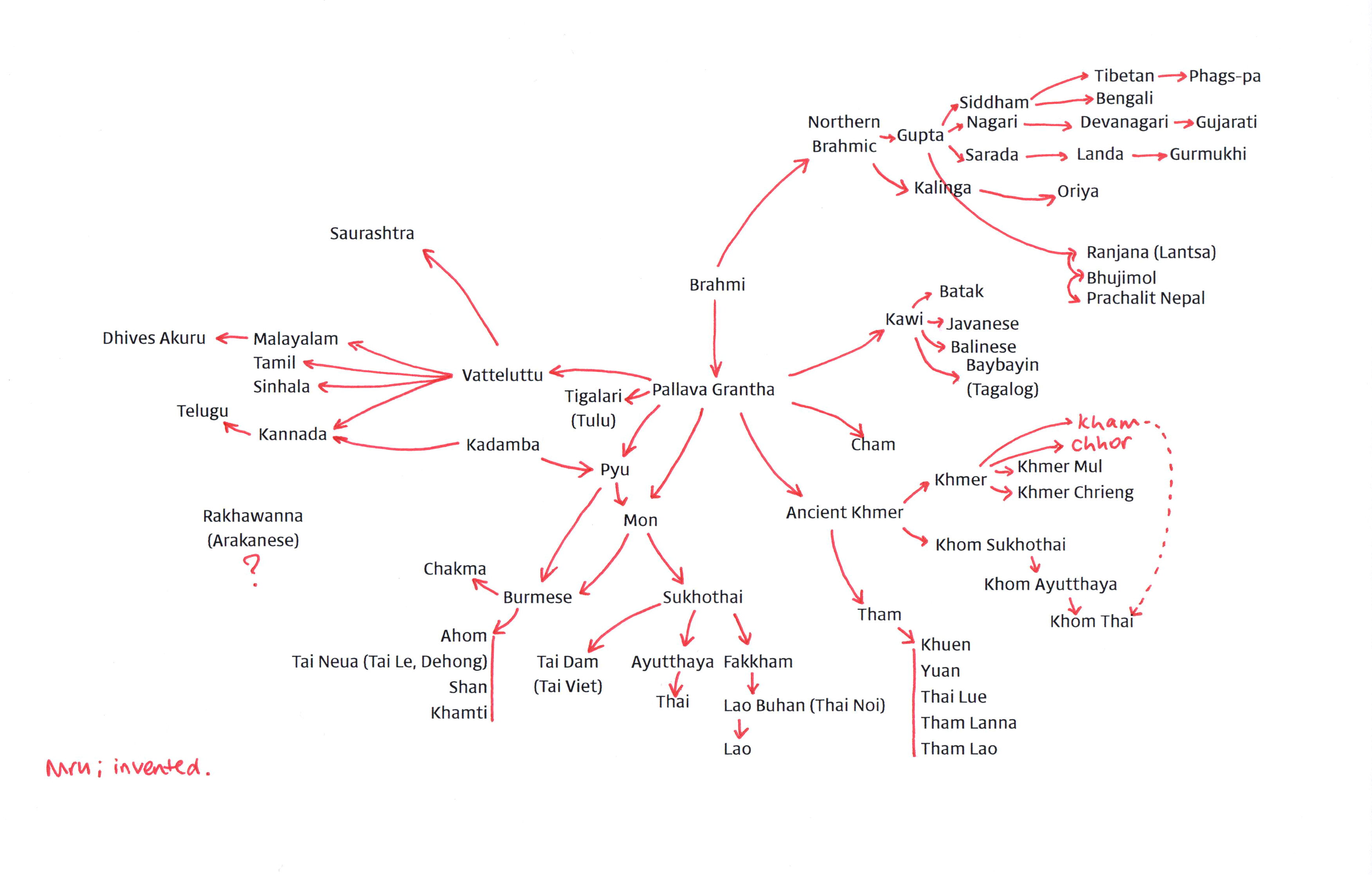 My idea would be to have the arrows annotated somehow to show the nature of the links between scripts, and reference where more information can be found. It would be great to have some representation of the letterforms, and possibly an indication of where and when the scripts were used, but the complexity of all this on a two-dimensional plan like this overstretches my abilities with infographic design. Other ideas very welcome.